So, little intro to The Three Musketeers.  First thing to know–there’s two of them, and the guy who wrote this book was the Dad.  His kid was also a writer. 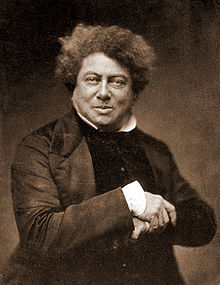 he’d be hotter.  Y’know?  He probably had an OUTSTANDING personality. 🙂 )

Anyhoosen, The Three Musketeers book is the first of a series which goes like this:

So Dumas was poor, wrote for a living and was snubbed because he was part-African.  Guess he showed them by being awesome!  He, however, apparently wasn’t concerned about spreading either sides of his ancestry–cause he’s said to have been quite the player with over 40 affairs.  Outside of the sexy times, Dumas was a soldier, a playwright and a novelist.

But here’s the part that I find utterly fascinating and the reason that he came up on my list of book goals for this year:  Dumas employed a host of collaborators and assistants in his writing.

So, is this his book?

How much did he contribute?

Did he have an early version of TV’s writer’s rooms?  (I imagine them over an old school bar or maybe a  pub–gathered together, drinking and being like: “Yes!  D’Artagnon should totally have a duel with all three musketeers before they buddy it up.)

Was he creating an early “brand” of himself while using others for the daily grind of it all?

I didn’t do enough research to know.

But you’re welcome to.

Turns out people love this book and love making it into movies.  Haven’t seen this, but now I think I need to see them all.  Barbie included. 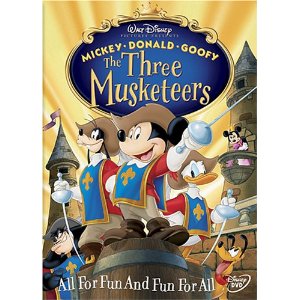 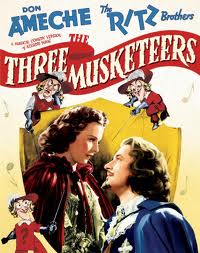 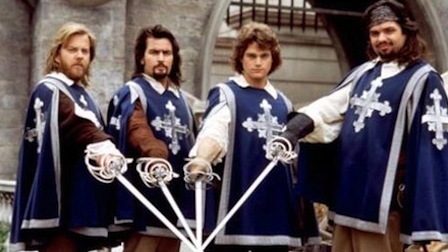 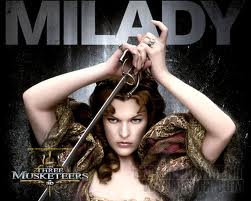 The classic is clearly the next though: 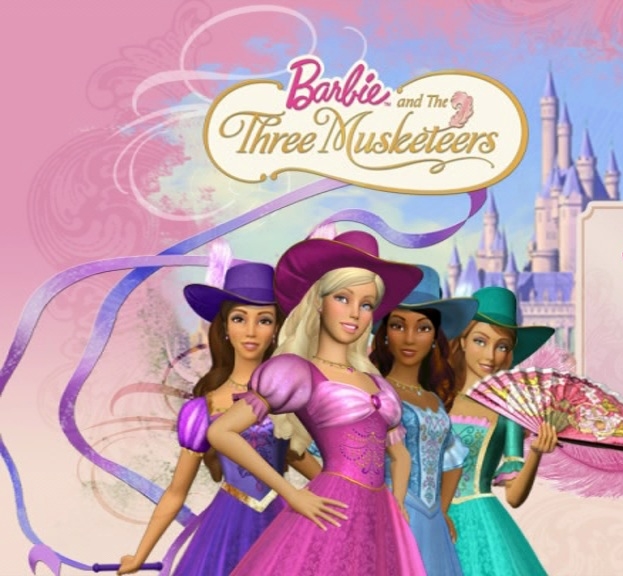 ****Other Amanda and The Three Musketeers trivia.  My Dad LOVES The Count of Monte Cristo which I read in high school.  Really enjoyed it.  Then I started this one which made me throw it across the room.  I think I decided it was utterly unbelievable.  Either way, I’m gonna give it another roll.

p.s.  I was totally bored the first 1/4 of this book.  Blah, blah, totally unbelievable  blah I thought.  Now I am SUCKED in.  You should read it.  Or listen to it.  I think Simon Vance is reading my copy.  He does a good job.