Turns out that May’s To Be Read pile took me through *nearly* everything that I’d set as a goal, and consequently, I made it through some books that had been lingering on my shelves. Then there was this whole sense of stolen-time and wickedness as I chucked Rebel Angels by Libba Bray yet again to delve into just about anything else. It was the only book on my To Be Read pile I didn’t read. And notice it isn’t on this month’s list. Since I own the trilogy it’ll eventually be there, but honestly, I just didn’t feel like it. :> And I still don’t. So, mmm!

Anyhoo, here’s this month’s list. I’m pretty excited about it.

First my classic novel a month resolution: A Tale of Two Cities by Charles Dickens. Cause someone else raved over it, and I thought why not? Plus, I’ve never plowed through a Dickens novel for real outside of the very short The Christmas Carol. There has to be a reason this guy is the bees-knees over Trollope right? Though you have to acknowledge he’s a right challenger in the face hair department.

It’s really kinda neck and neck. Or, if you will, beard and beard.

But back to books:

I added to my list of things to throw in the TBR as follows 1) a random middle reader and 2) one of the books I couldn’t remember why I bought. (Shut up, there are other people out there who buy books and forget why. A few anyway. Darn it!)

For the Middle Reader The Gates by John Connolly

For the I-can’t-remember-why-I-bought-it, The Neddiad by..? I can’t remember. Maybe I’ll figure it out.

As for the rest, here they are with two highly anticipated to be released books which have been pre-ordered…possibly for over a year.

Witch of Duva by Leigh Bardugo

The Tailor by Leigh Bardugo 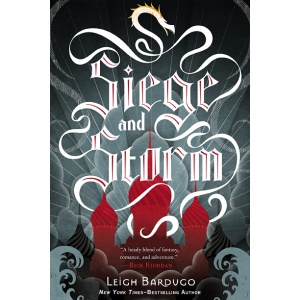 Isn’t the cover pretty? That’s why I bought the first one. Can’t wait.

The Too-Clever Fox by Leigh Bardugo

The Ocean at the End of the Lane by Neil Gaiman (Woot, woot, woot!) 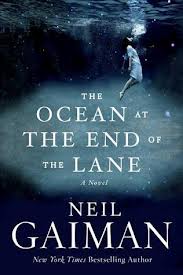 The Scorpio Races by Maggie Stiefvater

Forgive My Fins by Tera Lynn Child (You might remember this was on a previous To Be Read, but then I lost it and replaced it with something else? Turns out it was on the shelf…shelved alphabetically where it goes. Shut up, just shut up.) 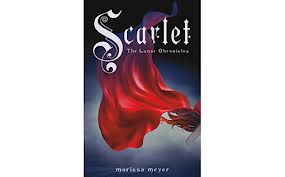 The Girl is Murder by Kathryn Miller Haines

And for the winner of the Help Me Pick? The Book Thief by Markus Zusak

Should I have the time (not anticipated 🙂 ) I’ll probably through in the 2nd runner up on the Help Me Pick a Book to Read… Delirium by Lauren Oliver.

I also plan on finishing the audio books I wasn’t able to get through this month. Those I only listen to at work, and this wasn’t a very audio book friendly month. So, I’ll be finishing Deathless by Catherynne Valente and The Girl on the Boat by P.G. Wodehouse. I might also (if I have time) make my way through The Return of Tarzan by Edgar Rice Burroughs.