Which is why I bought him a crap-ton of the Imaginext Heroes and paraphernalia for his birthday.  Because I’m a spoiler, and I love him, and he loves heroes.  Which you would think would lead to more about him, but it doesn’t.  When I was searching for these heroes, I was determined to get all the girl ones too, so that when my Smiley Pants was playing with her brother she’d be able to play a girl if she wanted.  (Right now she wants whoever he has.) 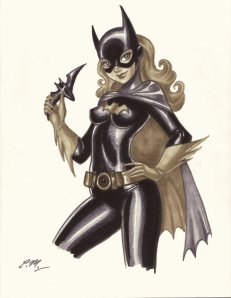 Now I’ve been on a bit of a soap box about toys and options for girls lately, but for the love of Peter, Paul, and Mary.

And this, my friends, is the point.  Where the heck are the girl heroes?  As I was buying for Boyo, I found Wonder Woman–who dresses incomprehensibly–I mean even Super Boobs have to obey gravity, and she’s a consent breath from wardrobe malfunction.  I found Cat Woman–a shady character at best.  And I found villains.

And while I’m at it.

I’m not even a huge comic book nerd and I can list more than that?  Fisher Price, you’ve got Batgirl in the Little People set.  WHERE IS BAT GIRL?  WHERE’S SUPER GIRL?  WHERE’S MS. MARVEL?  WHERE ARE ALL THE CHICKS FROM THE X-MEN?  Or that invisible girl from the Fantastic Four?  Why can’t Marvel do better than sex changing Thor?  Why haven’t you done better by my daughters? 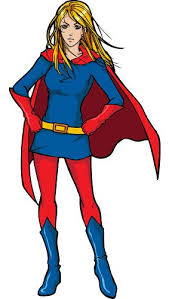 Why is it that when I found the Superman Golden Book for Boyo, I was offered Flower Power which covered Wonder Woman and Batgirl.  There’s a series of Superman/ Batman ones.  And for the girls?  Flower, effing, Power.

Now, I like flowers and I’m a girl.  And I like pink.  And dresses.  And shoes.  And BAGS.  I love bags.  But must everything be about that for me as a woman?  Must we just assume that because many girls like flowers that even the girls who want hero books really want books that connect to those supposedly girly things?

Stop putting my babies in a box.  Just stop it.

Quit making the girl lego sets about going to the beach, shopping, and princesses.  I don’t give a crap if that’s what my girls want.  But don’t force them into that box.  My Feisty Pants loved princesses more than words could say.  That’s cool.  But you know what?  My Smiley loves trains and cars and wrestling and teasing.  And when she wants a lego set with trains, have some with girl conductors.  Have a girl astronaut.  Or a girl with a space jet.  Or a freaking girl hero.

Don’t put her into a princess box unless that’s the one she chooses.  And for the LOVE, I can assure you that girls like heroes too.  That girls dream of flying.  And being strong.  Maybe even being strong and beautiful and kind and fighting bad guys.  Quit making the only girl character for your Knights line be the token princess.  Give my daughters a girl with a sword.

Give them a hero with a costume that makes sense, and a backstory that is stellar, and a villain to make Lex Luthor weep in the fetal.  And while you’re at it, give that hero a killer handbag.