The one where we set goals right?  I choose not to look back at 2014’s goals.  Today, I’m not in the mood.  I might look in a few days.  I can tell you right now I didn’t make my reading or my weight loss goals.  Does anyone, ever?

Anyone else looking back at the last year?  This last year was one of so many mixed emotions.

My focus is on my Dad.  He passed away.  His life had been amazing, but it was too short.  Often as I sit in my home, with my babies asleep, I find myself thinking of him.  I have been truly blessed in the parents I have been given.  It’s hard to not be able to walk across the way, like I could only a year and a half ago.  I’d gather Dad up and bring him to Mumma, and I’d tell them my worries and concerns.  Dad was an incredible counselor.  He was wise and kind.  Living as he suggested was never a mistake.  A year and a half ago, before they moved, my Smiley was only a baby.  My Boyo wasn’t living with me.  Today I have the Boyo, Smiley, and the little Lamb.

But that’s the thing.  My little Lamb arrived in May.  Taking her into my home was terrifying.  I knew without question that I would love her more than I had words to describe.  But things seemed to be leading towards my babies returning to their biological parents.  I wasn’t sure I could stand three rounds of heart break, not after having been through two already with Feisty Pants and Boy Blue.  Turns out that I do, in fact, love the Lamb more than I imagined was possible.  With each child, my heart just grows and grows and fills and fills and my blessings seem even more astounding.

So the year of 2014 was one of incredible gain and incredible loss.  But I believe Families Are Forever, so it’s easier to face not being able to chat with Dad while I rock my baby in the nighttime.

But that’s enough of the sadness and the realness.  I mean…mostly I think about things like getting the Boyo Aquaman so his collection of Imaginext heroes will be complete but how it’s a con job that the Aquaman pack has some sort of rodent in it, and it’s too small to have out with the Lamb in the house.  And I think about how Smiley totally bottle-fed the Poison Ivy action figure on Christmas Day, and how I feel guilty about how it’s been a few weeks since I brushed Sookie and Jack.

Last year, I published one novella.

This year I have several things in the works, including the sequels to the novella: Song of Loss and Song of Heartbreak and also a full length novel set in the same world.  It’s my version of Snow White.  I really like it.  I hope you do too.

Last year, I had some sort of reading goal.  I can’t remember what it was.  I sure didn’t make my Goodreads goal this year.  In my foolishness, I adjusted it when it seemed like I was too far ahead.  Then I failed MISERABLY.  (I read 67 books last year of the 100 in my goal.)  But this year, I am returning to my goal of a classic novel a month.  For a while there, I wasn’t reading even via audio.  I was too stressed out.  I actually spent several months listening to youtubers blather about makeup and the story of some random chick talking about her breakup with her husband.

I just can’t explain it.  Even to myself.  Look, man, I was stressed out.

Anyhow, I plan to begin this year’s reading goals with good ole Anthony Trollope.  That dude was PROLIFIC.  You know?  And I love his books. 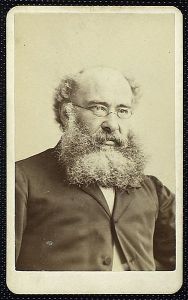 To counteract the love destroying I do at my day job (think falling in love with an online conman and then having me tell you that it’s all a lie), I’ve been dabbling in writing straight up romance.  We’ll see.  I feel the need to have a battle.  And blood.  It’s possible my day job has made it harder for me to believe in love.

As far as I can tell, everyone, ever is a liehole.  Even the Lamb.  And she can’t talk.  She’s just saving her lies up.  Boyo sure drops some whoppers.

Sometimes, I just really want to write a battle scene where people get good and hurt.  Sometimes, I’m just not very nice.

But here’s the thing, even though 2014 is going to have sucked forever for taking my Dad.  It’s going to rock for forever for giving me the Lamb.  And I think that’s sort of the epic truth of living isn’t it?  It’s a mixed bag.  But if we focus on the blessings, look for the good in the bad, and remember that if we would only LOOK for the Hand of God in our lives, we would be astounded by how often He is obviously working in our lives.

Cue the end of seriousness again.

To wrap things up properly.  Here is a dog wearing a birthday party hat.  I might love this dog.  If I didn’t have to clean up the poops of 4, sometimes 5 living creatures (self not included), I might think I’d have room in my heart for another dog.  But, it turns out, that there is an epic amount of shit in my life.

2 thoughts on “It’s that time of year again…”