In my day job, I talk to people that I expect to lie to me. 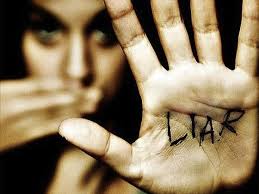 And, I talk to people who have been lied to about the things that are most important.  Then I get to tell them that the person (fictitious person) that they love is a lie.  And that the person enacting that lie is the worst type of liar–one who will prey on the innocent, weak, elderly, naive, and desperate.  Like them.  Usually I leave the “like them” out of it.

Many times the people that I tell they’re being scammed prefer to believe the lie rather than to be wrong. 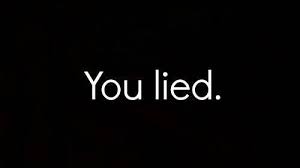 My friend has asked me many times if I think that I could even fall in love after this work because I have become full-time suspicious.

I, honestly, doubt it.

I think I might be getting full of it all.  The lies.  There is a surfeit of lies in my life.  And I’m vomitous.  I’d like to go back to the time when I didn’t expect every single person I talk to–for my suspicious nature has extended far beyond my job–to lie to me.  I’d like to believe that some people, generally, tell the truth.

I wish my brain would stop catching little inconsistencies.  There was a time in my life when I genuinely liked the human race.  In general, not in specific.  I miss that version of Amanda.  I love the human race in specific, for it includes my daughters and son.  My mother.  My sister and brothers and nephews and nieces and friends.  Wonderful, generous friends.

Who I would not like to immediately believe are lying to me.

It’s an attitude in general life.  Today, I read an article about this badass, 115 year old woman in Italy.  She attributes her long life to being single (God bless her!) and eating 3 raw eggs a day.  (Ew!)  The article says this,

Assuming she has been true to her word, Ms. Morano would have consumed

around 100,000 eggs in her lifetime, give or take a thousand, cholesterol be damned.

Did you catch that?  The writer of the article insinuates that this 115 year old woman who has no reason to lie is full of shit.  OR maybe full of shit.  Possibly there’s enough shit that they have to provide the edge of doubt as if to say, “Hey man, I didn’t believe her.  But that’s what she said.”

I assume she’s lived to 115 because she’s a feisty lady. 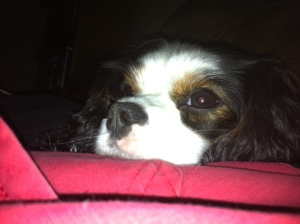 Sometimes I’m grateful for my dogs.  They’re such good, furry, little beasts who–when they’re mad at you, don’t lay down next to you.  Or they bark at you.  Or, if you’re my evil Sookie latey, get in my lap and pee on me.  (She only did it once.  I had very explicit words at her.  I assume she understood them since it has been kisses full time since then.)  Thank goodness for the blanket on my lap.

At least I knew she was pissed.  (Mwa mwwaaaa)

Anyhoosen, when I helped with the compassionate service part of my church, I was asked to do things for people that I sometimes felt were unnecessary.  I explained to my mother my doubts, and she listened like she does, for she is a good and attentive mother.  And then I told her, I think that it is better to err on the side of generosity.  To give more than is necessary rather than when you assume something isn’t needed and then be wrong.

This is the attitude I have determined to adopt (outside of work for I can’t stop being good at my job).  I am going to assume that you are telling me the truth.  And then I am going to catch those inconsistencies because it is what I do.  And when I catch them, I am going to say, that’s still the truth, Amanda.  You just don’t have the whole story which is why it seems like it could be wrong.

And then I’m going to believe my friends and family and the random chick at the grocery store who has no reason to lie to me.  And if I am lied to, I am lied to.  I’d rather believe the best of people than the worst.